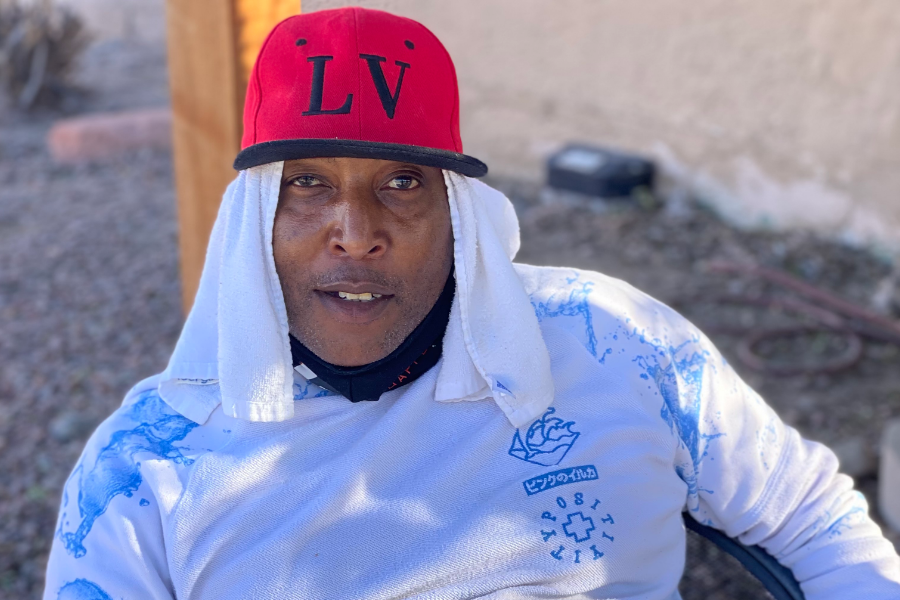 If you ever meet Jay and ask how he’s doing, his response is immediate: “I am blessed by the best.”

That’s a pretty good outlook for a man who has battled depression, drug addiction and recovery from a gunshot wound. But that’s what the Las Vegas Rescue Mission can do.

A DJ most of his life, Jay was spinning tunes at a dance club a couple years ago when a fight broke out. Jay tried to break it up, and in the commotion that ensued, someone fired a gun. Jay was shot in the foot, and the wound was severe. He never fully recovered. “I can’t do the things I used to do, like play basketball and other things,” he says. “It really got me down.”

Jay turned to crystal meth to ease the pain, but things got worse: “It was tearing my body up. I was losing weight rapidly.” Friends told him to get help, but he resisted … for a while. Eventually, he realized they were right, and went to the Mission. “I had heard that this was a good place for recovery,” he says. “I know people who have been here, and they’re doing good now.”

Jay is on that same track. The program has helped him learn some things about himself, uncovering some old emotional wounds.

“I had to work on those things,” he says. “Now I face my problems head on.” When he thinks about the night he got shot, Jay realizes he’s lucky; he could have been killed. “I think it was a message from God,” Jay says, “telling me to spread my wings.”

Jay doesn’t know where he’d be without the Mission. “I would be a mess,” he says. “I needed help, and they’ve helped me tremendously.”

Friends like you help people put their lives back together. Thank you!