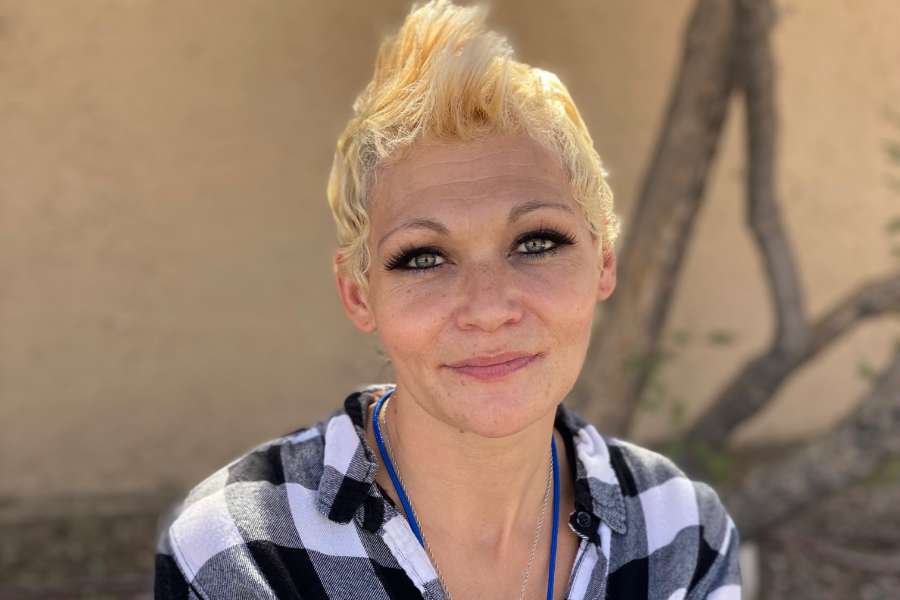 Tiffany did not want to change.

She was essentially born into the drug scene. Both parents were addicts, and her dad was a dealer. When they separated, Tiffany ended up with her mom, whose usage escalated from cocaine to crystal meth to heroin. “I remember being sad a lot as a child,” she says. “And hungry.” Tiffany’s own drug usage started at 11, and, like her mom, she kept moving on to harder and harder drugs, eventually getting addicted to heroin.

“Drugs didn’t change my life,” she says now. “They sculpted it.”

Tiffany had served three different jail sentences on drug charges since she was 18. Now 36, she had another chance. The drug court program sent her to a halfway house to make sure she stayed on the right track. She didn’t. Before long, she ran away and was arrested again. A probation officer decided to give Tiffany another chance, this time sending her to the Las Vegas Rescue Mission. Tiffany wasn’t having it.

“I thought, I’m just going to run again,” she says. “I was so consumed by my old behavior and my addictions. That was my mindset.”

But then a funny thing happened at the Mission gate: Love overwhelmed her. While her probation officer filled out paperwork, Tiffany, waiting just outside the entrance, was met by a wave of compassion. The pastor personally welcomed her. Staff members greeted her with a smile. Several guests came up and hugged her.

Before she knew it, “I had a change of mind. These people welcomed me with open arms. They were talking to me like I was human, like I mattered.” By the time she was settling into her room less than two hours later, she had changed. “I felt a big weight lifted off me. The obsession to use drugs, my old lifestyle, all had lifted. I realized, I’m not going to run. That was really awesome.”

Tiffany has had periods of sobriety over the years, but they never lasted long, and they were never prompted by any change of heart. “I was white-knuckling it,” she says. But not anymore. Tiffany says the Mission has not only helped her stay sober, but made her into a new person, one who wants sobriety and to make good choices. She credits those changes to the love and the people at the Mission.

“My history of drug addiction is kind of sad, but it also made me the person I am today,” Tiffany says. “Because I’m here and in recovery, I’ve learned a lot and I’m getting the tools that most people don’t get. And I can use these tools in my daily life, even as a quote-unquote ‘normal person.’ Right now, I’m feeling free, fully free, for the first time in my life. I’m learning to live in the moment, because that’s the most freeing.”

Thank you for everything you do to help people find new life this Easter season!