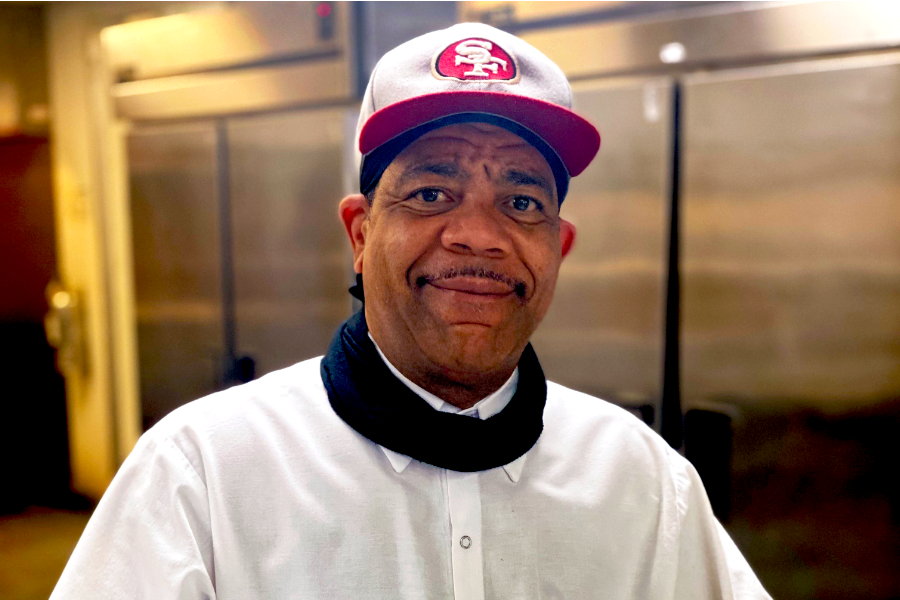 When telling his story of how the Las Vegas Rescue Mission has helped him over the past couple of years, Leonard often gets choked up and sheds tears of gratitude. “Please forgive me,” he says, weeping, “but I’m doing the best I can.” It’s easy to understand why Leonard gets so emotional. In 2019, he started losing weight rapidly and didn’t know why. “I started disappearing,” he says.

A doctor’s visit explained it: Leonard had diabetes and cancer. And shortly after beginning treatments for those, he needed double hernia surgery. He started losing hours at work, and eventually his employer let him go. “I started to see my life going down the drain,” Leonard says. Unemployed, he soon became homeless and turned to drugs to ease his pain.

A cousin intervened and referred Leonard to the Mission, where things quickly began to look up. “I told them what I was going through,” Leonard says through tears. “They sat me down and we talked and I got all that negative energy out of me.” The Mission also helped Leonard apply for and receive disability income, which relieved much of his stress.

“My life is starting right now, at age 55,” he says. “I’m thankful to God and the Mission. They never gave up on me. They had my back. They recharged my life. I wouldn’t be here without them. They saved me.”

Your support helps neighbors like Leonard recharge and gives them hope.