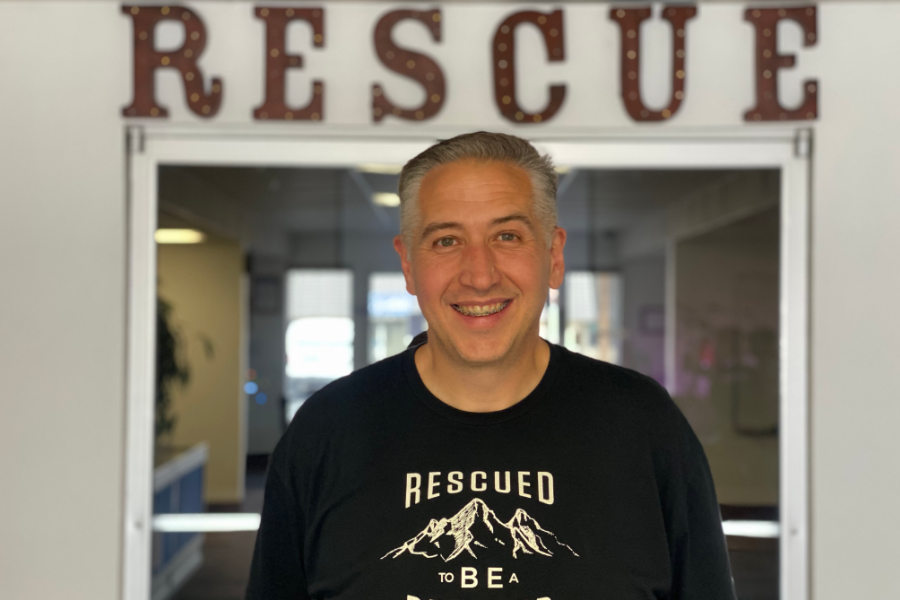 Pastor Daniel Ensing likes to be there when new guests first arrive at the Las Vegas Rescue Mission. After all, it’s a critical moment.

“Most people who come through the gates don’t feel that they deserve love,” he says. “They’re at their lowest moments in life. They feel like they’re unredeemable. It’s humbling.” He knows because he’s been there. One moment in particular stands out: A little more than a decade ago, Daniel drove to his drug dealer’s house … with his wife and children, including a 2-year-old, in the car.

“I’m inside buying drugs and getting high,” he remembers. “And my family’s outside in the car. That was pretty much my lowest of lows.”

Daniel continued making poor choices until his wife finally had had enough. In 2010, she picked up the children and moved out. That’s when he decided to make some changes. It was too late to save his marriage, but not to save himself. He started rehab and recovery, got serious about his faith and, before long, he was leading the men’s recovery program at his church. He became the Mission’s pastor in November 2020, and is now also pursuing a degree in ministry.

Daniel says his personal history helps him to relate to Mission guests because he can truly say, “I’ve been there, right where you are.” At the Mission, Daniel says he’s “like spackle — I fill in wherever I can. If that means getting in the kitchen or covering security or helping unload a truck, that’s my job.

“But my No. 1 job is to just love on people — the residents, the clients, the staff, everyone — to let them know they are loved 100% with no conditions.”

Thank you for the ministry you show to our guests through your support!